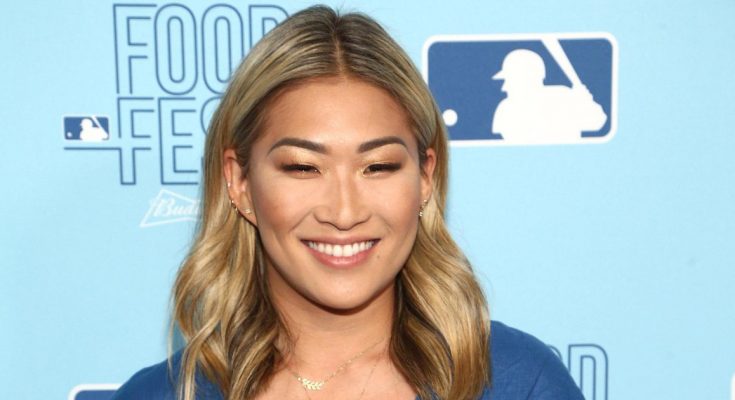 Jenna Ushkowitz has normal-sized feet. Check out her shoe size below!

Jenna Noelle Ushkowitz is a South Korean-born American actress and singer born on 28th April 1986. Jenna is famous for her performances in Broadway musicals and her role in Glee. During her high school, Ushkowitz used to appear in various musicals. Her professional career in entertainment industry began since the age of three. As a child, Jenna starred in several children’s television shows including Sesame Street. While, she made her debut in Braodway musical was in the 1996 revival of The King and I. In 2009, Ushkowitz landed the character of Tina Cohen-Chang on Fox’s musical drama series Glee.  As a singer, her solos included the singles, True Colors, Because You Loved Me and Gangnam Style. Jenna won several accolades and nominations throughout her career such as Screen Actors Guild Award, Grammy Award and Teen Choice Award. Philanthropically, Ushkowitz worked with Kindred Foundation and has advocated for multiple causes. In her personal life, Jenna Ushkowitz dated actor Michael Trevino for 3 years and they breakup in 2014.

I always say leave things at the door. Whether it’s at your audition or at your house, leave the problems of the day away. Keep persevering, stick to yourself. Don’t do what other people ask, do what you want!

If you say, ‘You’ve made it,’ then you kind of come to a standstill, and I don’t think any actor wants to do that.

I’m not a girl to wear a lot of bright color, but including a touch of color can pull an outfit together. I’m from New York and wear a lot of black, and color is refreshing.

When I’m treating myself, it’s a full-on burrito, all loaded up!