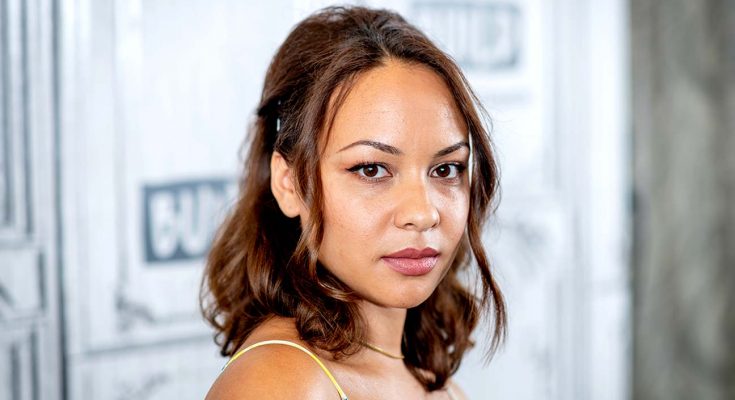 Check out Jasmine Cephas Jones’ shoe size and her other body measurements!

Jasmine Cephas Jones comes from a family closely tied with the entertainment industry, with mother Kim Lesley being a Jazz singer and father Ron Cephas Jones an actor. Having started her professional acting career in the early 2010s, she first attained widespread recognition through her performance in the dual roles of Maria Reynolds and Peggy Schuyler in the 2015 Broadway musical Hamilton. Following that breakthrough from the theater, her on-screen career has also begun taking-off. Following a series of minor film and television series roles, she has now started landing more major ones.

That theater community that comes with acting and being in the theater is second nature to me. It’s in my blood.

You have to try things! You have to jump off the edge and run through your fear.

I remember going on iTunes and ‘Hamilton’ was like the number one rap album, above like Fetty Wap, which is just impossible, like a Broadway cast album.

I grew up being that kid backstage doing my math homework and my father made sure I knew from everybody in the cast to the lighting people and to respect everyone in the theater and all the way down to the janitor. It’s a part of my childhood. It’s what I know really.