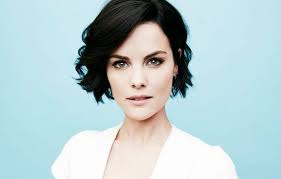 Short Bio
Jaimie was born March 12, 1984 in Greenville, South Carolina. Her most famous roles are Jessi in TV show Kyle XY and Sif in the movie Thor. In 2015, Alexander appeared on Agents of S.H.I.E.L.D. Her slim body look great in bikini and lingerie. No wonder that Jaimie posed for men’s magazines. She also has long legs and flat belly. She appeared during movie premiere of Thor: The Dark World in very revealing black dress with see-through front area that went under her navel and continued across one thigh.

I’m not easily offended, and I have a certain toughness.

I was cast in ‘Thor’ back in 2009, so it sort of took me out of the running for anything tied to DC Comics.

I grew up with four brothers. I used to play sports with them. And I liked wearing their clothes. I’d run around in T-shirts, jeans, and baseball caps.

I’m a very physical person. I hug people more so than shake hands.

I actually read ‘Wonder Woman,’ and here’s the thing about her: she’s more of a physical presence than anything else. You don’t get to really know her on the inside.