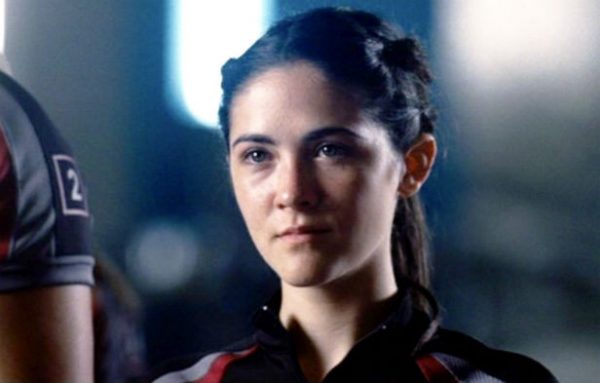 Isabelle Fuhrman is an American actress. She is best known for her roles as Esther in the 2009 psychological horror film Orphan, and Clove in the 2012 American science fiction-adventure film The Hunger Games. She also had recurring role as Tessa Johnson in the Showtime period drama series Masters of Sex (2015). Born on February 25, 1997 in Washington, USA, to parents Elina and Nick Fuhrman, she was raised in Atlanta, Georgia. She has one older sister named Madeline. She started her acting career at the age of seven. She is a 2015 graduate of Stanford University Online High School. Fuhrman also studied at Buckley School and RADA and briefly attended The Westminster Schools in Atlanta, Georgia.

I really want to work with Emma Stone; she is adorable.

I really like Calvin Klein for his classic simplicity. I also think Prabal Gurung designs some great pieces that work well for me. My mom has such great style; she’s my biggest influence.

I never let anyone pluck, including myself, unless my mom approves. She guards my eyebrows. She’s like the eyebrow police!

People pretend to know me when they don’t. I feel uncomfortable when I feel like I don’t remember someone.

I think it’s a good idea to take samples and live with them a little. So far I’m liking Creed’s Spring Flower. I think I’m going to make it my regular scent.