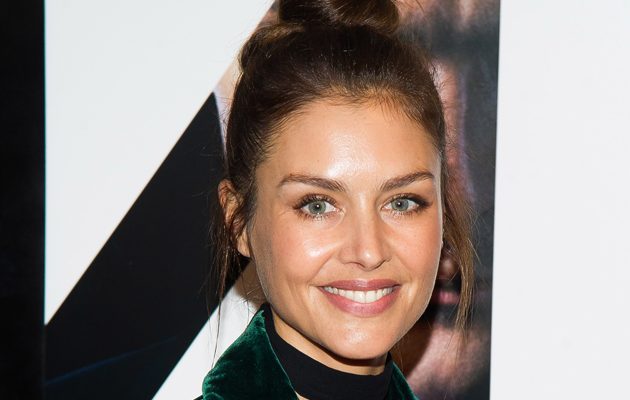 Hannah was born 8 December 1982 in South London, UK. She played in several movies, such as Cop Out, Shame, and Oldboy. 2015 is a great year for her. She’ll appear as Katia van Dees on action comedy movie Hitman: Agent 47. When she posed for Esquire in 2012, she modeled wearing only sheer nightgown that showed her greatly shaped legs. She could be easily a lingerie model.

I was embarrassed about modeling. When you’re at school and you’re modeling, it sounds very glamorous, but I didn’t want to do things that no one else was doing. I didn’t want to be the odd one out. I wanted to be part of the gang.

I think part of what acting did for me is it kind of represents all my greatest fears. I’m sort of compelled to do it, but at the same time, it’s so frightening. But I think that the things that frighten me the most in life are the things I should be doing.

I was 26 when I went to my first acting class. I’m naturally quite shy. I’m a quite private person. There’s this really strange acting class in New York called Black Nexxus. For someone who’s slightly shy or self-conscious, it’s the most frightening thing you can do.

My sister, singer Jessie Ware, and I are always exchanging music. We brainstormed her wedding playlist for months.

Something like your parents divorcing never quite leaves you. What you thought was real isn’t real anymore, and that changes your perspective. It makes you more wary but also means you are better equipped to deal with challenges.