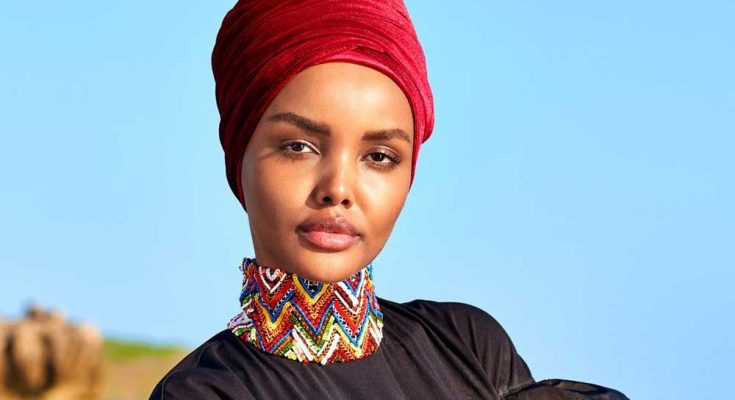 Halima Aden’s feet are indeed average-sized. Find out her shoe size and more!

Halima Aden is an American model distinctively recognized for her modeling gigs while wearing a hijab. After being born in a refugee camp in Kenya, she migrated to the United States at the age of six alongside her mother and younger brother. Her rise to stardom began in 2016 when she participated in the Miss Minnesota USA beauty pageant and gained huge media attention for being the first ever contestant on the pageant to wear a burkini and a hijab. Although she finished as a semi-finalist in the pageant, her huge media exposure created several great work opportunities for her in the modeling industry. Since making her modeling debut just a few years back, Halima has already gone on to work with some of the top fashion brands in the world along with making appearances in international magazines like Vogue and Allure. She now holds a distinctive place in the modeling industry due to her Hijab which she includes in every modeling contract and has stated it to be a non-negotiable thing for her.

Having the chance to walk at New York Fashion Week for Yeezy and Milan Fashion Week for Alberta Ferretti and Max Mara in a hijab is so significant. It sends a message to young women everywhere that you can be beautiful for just being you.

It’s always been hard trying to find the right pieces that go together, but it’s always been something that interests me – finding new ways to be fashionable and cute but still being modest.

When I was younger, I got bullied for wearing my hijab.

There is a misconception that young Muslim women are oppressed. That simply isn’t the case. I choose to dress modestly and choose to cover my hair with a hijab; not all Muslim women make that choice, and that’s okay. We are all different!