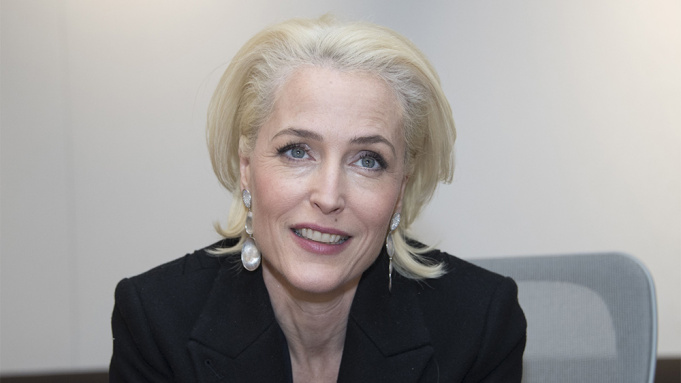 Short Bio
Gillian was born August 9, 1968 in Chicago, Illinois. She has English, Irish, and German ancestry. On the beginning of her career, young Gillian Anderson worked as a waitress in New York. On of her first roles already revealed her body measurements without any clothes on. Soon after that, Anderson got role of Dana Scully on TV show The X-Files. This series became huge success and probably most people still recognize her mainly as Scully. In 2014, Gilliand plays Dr. Bedelia Du Maurier on Hannibal and Meg Fitch on Crisis. She was married twice and has 3 kids. Now she lives with her partner Mark Griffiths.

To re-live these characters would be wonderful, because I know when the show ends it will be huge mourning process.

After I did nine years of a television series, I didn’t want to do anything really that involved going to a set and being in front of a camera for quite a while. And when I did start to want to do things, I wanted to focus more on film.

The first time, where Fox Mulder and Scully met, she stands up for herself. She stands right there and gives it to him and that was extremely attractive.

I was a daydreamer, and there is a lot of history and geography and science I missed out on because I was in my head. And I regret that.

When the show’s not around any more, it’s going to be hard not to have her in my life.