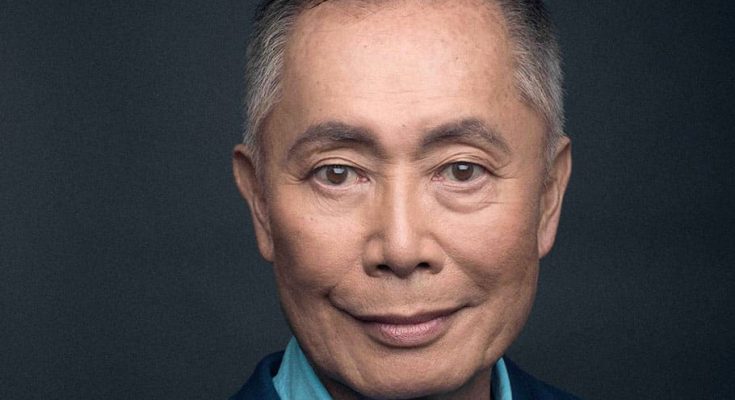 George Takei’s measurements are seen below, including shoe size, height and weight!

Most notable for playing Mr. Sulu on Star Trek, his first roles were providing voice-overs in English dubbed Japanese monster films, the most widely known being Godzilla.

Growing up, he was a member of the Boy Scout Troop 379 of a nearby Buddhist temple. After graduating high school, he studied architecture at UC Berkeley.

In 2006, he accepted a Freedom of Speech Award for Howard Stern on Talkers Magazine.

He married Brad Altman in 2008, and released a documentary titled George and Brad in Bed in 2009.

He appeared alongside William Shatner in the Star Trek television series.

When I was a teenager, the biggest heartthrob was Tab Hunter. He was in every movie out of Warner Bros. until he was exposed as gay, and his career faded. That was an object lesson. I knew I must protect my sexual orientation.

I’ve been an activist since my late teens. I take this very seriously and try to use the gift that’s been given to me – access to the media – as positively as I can.

Gene Roddenbury felt that television was being wasted. That it had the potential for enlightenment and even inspiration.

It was an egregious violation of the American Constitution. We were innocent American citizens, and we were imprisoned simply because we happened to look like the people who bombed Pearl Harbor. It shows us just how fragile our Constitution is.

It’s important for all Americans to know how vulnerable our Constitution is.