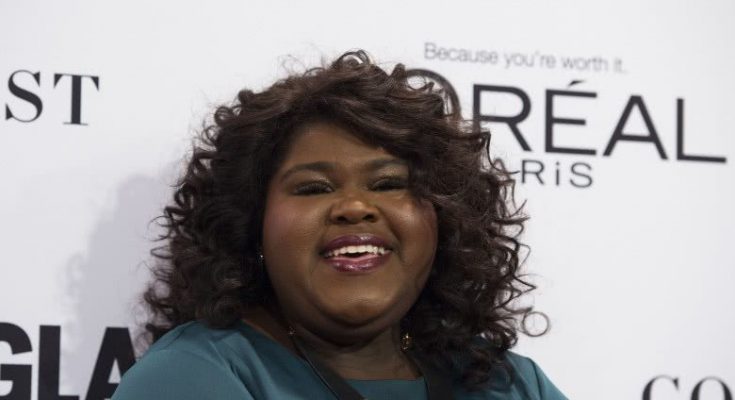 Short BioGabourey was born in Brooklyn, New York 1983. Her first movie appereance took place in 2009 in the movie Precious. This movie also gain her Academy Award for Best Actress. After that she appeared as main role in TV series The Big C. In addition Gabourey starred in American Horror Story: Cove and American Horror Story: Freak Show. She always surprises her fans with well chosen plus-size dresses on various public award shows. In 2015, Sidibe will play Becky in upcoming TV show Empire.

“Your body is your temple, it’s your home, and you must decorate it.” (Gabourey Sidibe)

“I’m just a girl from Harlem who ended up in the right place at the right time.” (Gabourey Sidibe)

“I don’t fixate on other people’s opinions of my body.” (Gabourey Sidibe)

“I certainly used to wish that I was skinny, lighter-skinned, with long, pretty hair. But only because I used to get made fun of for being the absolute opposite. I didn’t see all of that stuff as the American Dream. I just wanted to look normal. Now that I’m older, I really do feel like I am a beautiful girl.” (Gabourey Sidibe)

“I’m really, really interested in the job of acting. I can really care less about being famous. I’m more about the work, and ‘The Big C’ was amazing, so I wanted to be a part of it.” (Gabourey Sidibe)