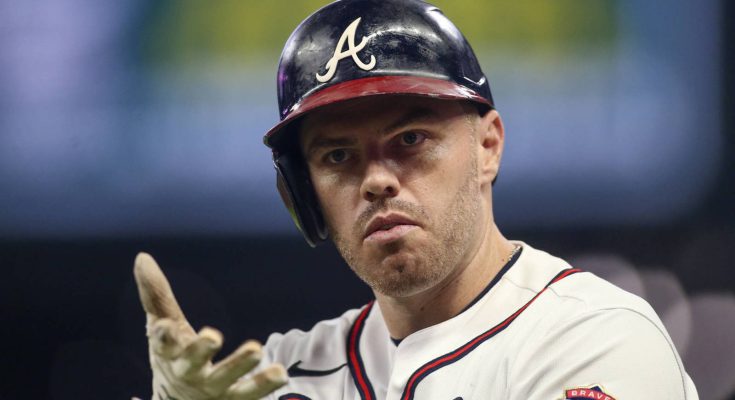 Freddie Freeman’s shoe size and other body measurements are found below!

First baseman who made his MLB debut with the Atlanta Braves in 2010 and appeared in his first MLB All-Star game in 2013. He received the National League MVP award in 2020. The following year, he helped the Braves win the World Series.

He was selected by the Atlanta Braves in the second round of the 2007 MLB Draft.

In 2011, he finished second in Rookie of the Year voting to his own teammate Craig Kimbrel.

His mother Rosemary passed away from melanoma when he was 10 years old. His father’s name is Fredrick and he has two older brothers. In 2014, he married Chelsea Freeman.

In 2011, he and Dan Uggla became the first Braves in franchise history to both record 20-game hitting streaks at the same time.

Darren Erstad was special to watch when he moved from center field from first base.

I think this world needs a little more hugging in their lives.

You’ve just got to keep grinding, putting good ABs together; just stop trying to look at the record, your batting average. You’ve got to go out there and just keep playing.

I always like going to the West Coast. I don’t know if it’s a certain field, team, whatever it is, but I usually seem to do well here.