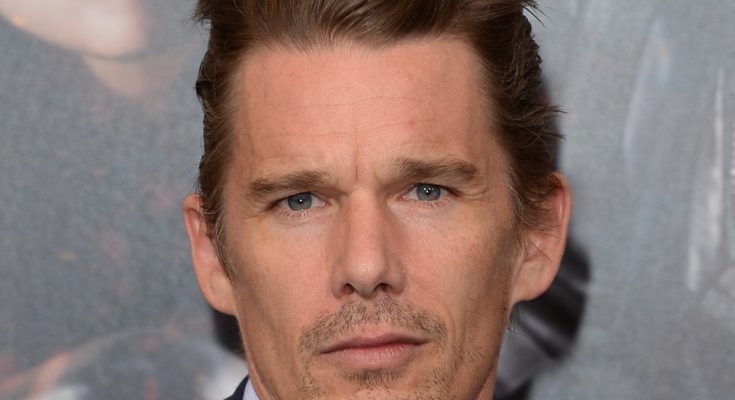 Ethan Hawke’s feet are indeed beautiful. Find out his shoe size and more!

Ethan Green Hawke is an American actor, director and writer born on 6th November 1970. As a child, Ethan aspired to be a writer, but later on developed an interest in acting. He used to perform in several stage plays during his school days. Hawke made his feature film debut in 1985 from the science fiction film Explorers and a few years later he received a breakthrough role in the drama Dead Poets Society. Following the film, Ethan earned variety of roles in numerous successful films including Reality Bites, Before Sunrise and Before Sunset. In 2001, Hawke received the nominations of Academy Award and Screen Actors Guild Award against the role of a young police officer in the film Training Day. His other major films included Boyhood, Regression and Before the Devil Knows You’re Dead. Hawke won several accolades and nominations throughout his career such as Satellite Award, MTV Movie Award and Hollywood Film Award. In addition to that, he as well directed two films, a documentary and three Off-Broadway plays. Being a writer, Ethan wrote two novels entitled The Hottest State and Ash Wednesday. Philanthropically, he always involved in charitable activities and has been a supporter of the Dow Fund since a long time which purpose is to obtain employment and housing for homeless people. As for his personal life, Ethan Hawke married twice. Firstly with actress Uma Thurman in 1998 but the couple got divorced in 2005. Afterwards, he met Ryan Shawhughes and they became married in 2008.

I’d be lying if I said I had confidence in every choice I’ve made, that I have faith in every film I do on every shot.

I’m horrified to admit that I just love Salinger. I was devastated to find out that other people feel the same way.

There’s something about knowing life is finite that makes it so precious.

Right now the only people I can really fall in love with are people who don’t really, truly want me around. Now why do I do that?

If you can understand the inner life, then you can wear the uniform, the tattoos, or whatnot and realize that the things that are different about us become superficial.