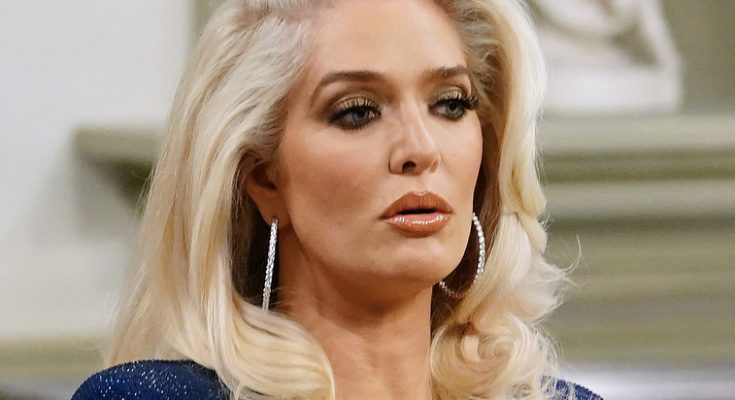 Erika Jayne has beautiful feet! Below is all you want to know about Erika Jayne’s body measurements, and more!

Erika was born July 10, 1971 in Atlanta, Georgia. At the age of 18, she relocated to NYC. Although she had a few minor roles in 1990’s, her true fame began with the reality show The Real Housewives of Beverly Hills. In 2017, she appeared also on Dancing with the Stars as one of the competitors and gave another shot to her musical career. Erika used to be married to Thomas Zizzo but her current husband is Thomas Girardi. For a woman in her mid forties, Girardi has a gorgeous figure with nice hourglass shape and isn’t afraid to show a lot from it.

Don’t let anyone else tell you when your time is up or what’s best for you, you make that. And if you live by what other people want you to do with your life, you will be miserable, I can guarantee you that.

I’ve worked very hard for everything I’ve ever had. But it’s my journey. And I don’t regret anything.

Obviously, being on The Real Housewives of Beverly Hills brought more awareness to Erika Jayne and brought her out of the clubs and into people’s living rooms. I’m very thankful for that. I have nothing but great things to say about my experience.

I think you have to rise above, to remain true to who you are. No matter what is said about you in the media, you have to look at the big picture — and you have to have a plan for where you want your life to go. And you also can’t think that everyone is going to be there to help you; it’s a lonely road to success.