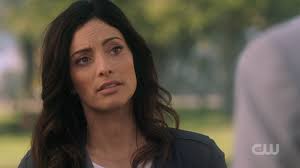 Erica Cerra has a medium shoe size. Below is all you want to know about Erica Cerra’s body measurements, and more!

Short Bio
Erica was born October 31, 1979 in Vancouver, Canada into the family with Italian roots. She started her professional career very soon, appearing in various TV commercials as a kid. Her most famous role is Deputy Jo Lupo on Syfy. Bus Cerra had also minor roles on Smallville, Battlestar Galactica, Supernatural, and numerous other TV series. She also played goddess Hera in Percy Jackson & the Olympians: The Lightning Thief. In 2014, Erica will be starring in Mass Effect.

I know a lot of people recognize me or know me from ‘Battlestar Galactica,’ but I only did a couple of episodes.

I grew up in Vancouver and my father drove me to every single one of my acting lessons, auditions, and jobs.

I’ve always been a person who thinks it’s really important to better themselves.

I do really love singing. It’s something that I have always liked to do.