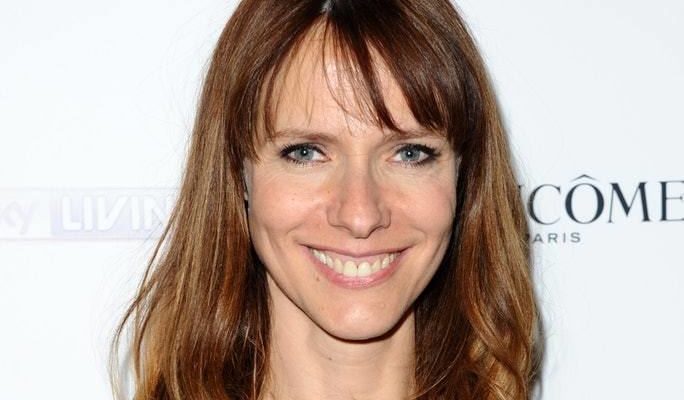 Check out Dolly Wells’ shoe size and other body statistics!

Notable for her starring roles on the comedy series Doll & Em and Some Girls, she is also recognized for her recurring roles on Star Stories, Campus, Spy and Noel Fielding’s Luxury Comedy. Her big screen credits include appearances in Bridget Jones’s Diary and Black Mountain Poets.

At the start of her career, she appeared in a 1997 episode of The Bill and acted in the 1998 movie The Sea Change.

In 2015, she went into production for the feature film Pride and Prejudice and Zombies.

Born in London, England, she is the daughter of British actor and comedian John Wells. Her marriage to actor Mischa Richter produced two children, including Elsie Pearl Richter.

She and Patrick Stewart play the respective roles of Celia and Walter in the 2015 comedy series Blunt Talk.

When Dad died in 1998, it really hit my confidence – he’d helped me write and he thought I was really funny, but since he’d died I didn’t feel right. And it felt like no one but me even remembered him.

My dad was an actor, so he would try and put me off and say, ‘Come on, you’ve got to go to university first.’

Deep down, I feel ‘Doll & Em’ is a love letter to our dads, because we adored them.

We came up with this idea of a power struggle between two people who really love each other, and ‘Doll & Em’ took off. Calling it by our own names was the director’s idea, but hopefully people will understand that we’re playing versions of ourselves.