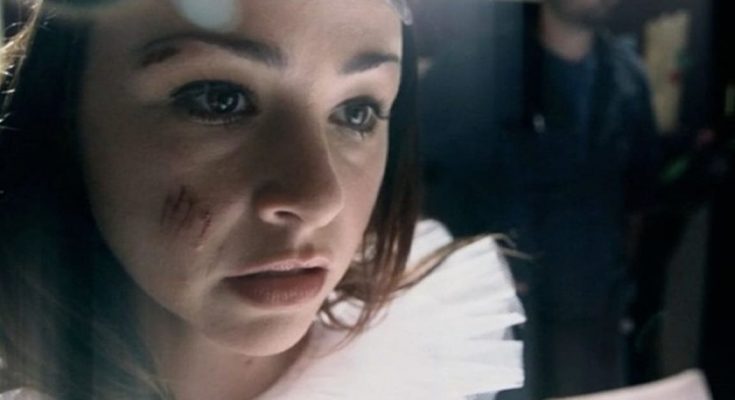 Short Bio
Danielle was born June 1, 1977 in Plainview, New York. Young Harris started early with modeling and acting. She’s a ‘Scream Queen’, her most famous roles are from horror movies such as Halloween, Hatchet II, and See No Evil 2. In 2013, Danielle was one of the body paint models on Midsummer Lingerie Carnival. Light blue bra and panties were only painted on her hot body and her real curves were revealed. In 2014, Danielle married David Gross. Will we see another Danielle’s body paint ever or would be David too jealous?

“The characters I’ve played as an actress have been really challenging and emotionally rewarding, but there was just something missing. I was finding over and over again that directors were looking to me to help with troubles on set as far as characters’ relationships, special effects and story points were concerned.” (Danielle Harris)

“I chose to stylize ‘Among Friends’ and add a dark comedic element because I didn’t want to get pigeonholed as a genre director. I have a pretty dark sense of humor and knew that in order to get distribution, I had to do something in the genre for my first time out.” (Danielle Harris)

“Directing is a very long process, and I have to be in love with it if I want to give up two years of my life and live with it from beginning to end!” (Danielle Harris)

“I don’t know what I’d do if I was making a romantic comedy; I wouldn’t feel like I was earning my $100 a day.” (Danielle Harris)