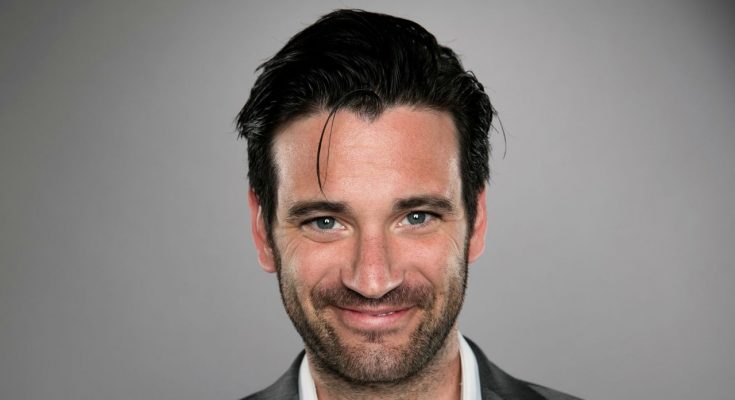 Colin Donnell has average-sized feet. Below is all you want to know about Colin Donnell’s body measurements and more!

Colin Donnell grew up with a keen interest in music and it wasn’t actually till high school that he first got exposed to the field of acting. The praise he received for his performances in school productions encouraged him to pursue a full-time acting career after the completion of his formal education. As a professional actor, Colin first began earning recognition through his theater work, where he played prominent characters in various popular musicals. As an on-screen actor, Donnell first gained widespread recognition through his portrayal of Tommy Merlyn’s character in the DC Comics superhero TV series, Arrow. He was a member of the main cast for the first season of the series while made several guest appearances in its later seasons. In 2015, Colin became part of the main cast of medical drama TV series, Chicago Med, which turned out to be the most successful gig of his on-screen career till now. Not only has the overall series met with great reviews but also his performance as Dr. Connor Rhodes has been highly admired by the viewers.

I would be so happy to be back on ‘Arrow’ or on ‘Legends of Tomorrow,’ in whatever capacity.

I really enjoy the constant change in TV. It’s fun to play a character that is, hopefully, growing and developing over a long period of time.

My grandmother had always played show tunes from classic musicals at the piano when we were growing up, so that helped me fall in love with Rodgers and Hammerstein, Cole Porter, Lerner and Loewe, etc.

I wouldn’t be able to have the successes in my career if it weren’t for the happiness in my personal life.