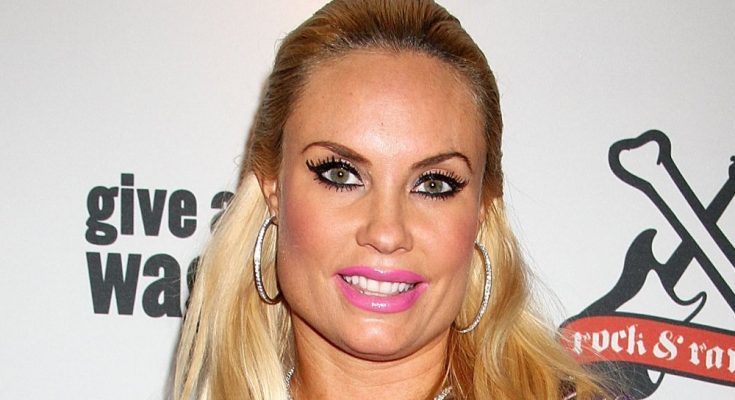 Coco Austin has a small shoe size. Below is all you want to know about Coco Austin’s body measurements, and more!

Short Bio
Coco (Nicole Natalie Austin) was born March 17, 1979 in Palos Verdes, California. Young Austin started her modeling career at early age of 14. In 2001, she worked for Playboy. In the same year, Austin married to rapper Ice-T. Her career as an actress includes mainly low-budget films like Southwest Babes. She was rumored to have buttock implants, but she undergone supervised ultrasound test to prove otherwise.

After watching ‘Peepshow,’ people always say to me that it was more than what they expected. It is so much more than a musical. It has a lot of energy and is fast-paced. You are entertained the whole time watching it. One guy from Germany watched ‘Peepshow’ every single day for the whole week he was in Vegas.

I never wanted to show my butt, and I always had a problem with it – I’d cover up when I was younger. It wasn’t till I got with my husband that I started to change all that. He compliments me all the time, and when your best friend compliments you, it gives you confidence and makes you want to do stuff in life.

I was told I was fat in the modeling world, and a director on a shoot told me I needed to lose weight. The J-Lo booty wasn’t popular then, and I wanted to be the perfect Hollywood girl – tall, blonde and skinny. I couldn’t do the ‘tall’ because I was 5’2, and I couldn’t do the skinny, either.

I got my boobs done because I wanted to even out my lower half, and I thought that would take the focus away from my hips.

I’d love to have a little Coco if I could have my way. I always dress up my dogs and they probably hate me for it, so it would be nice to dress up a human being.