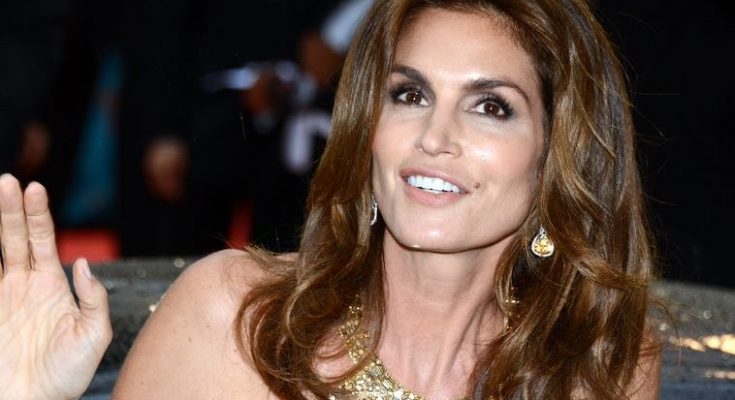 Cindy Crawford has a large shoe size. Below is all you want to know about Cindy Crawford’s body measurements, and more!

Short Bio
Cindy was born February 20, 1966 in DeKalb, Illinois. Her ancestry is French, German, and English. She was discovered at the early age of 16 by photographer who found young Crawford during her summer job. She became one of the most popular fashion models during nineties. When she was 22 years old, Cindy posed almost nude on Playboy cover. It depicts her on black and white picture, wearing only black thongs and covering her breasts by her hands. It’s still one of her best known photos. In 1995, she appeared in main role on Fair Game, thriller movie, as Kate McQueen.

They were doing a full back shot of me in a swimsuit and I thought, Oh my God, I have to be so brave. See, every woman hates herself from behind.

But I try to steal other moments. Sometimes I get up very early in the morning and enjoy a quiet house and cup of tea before the craziness begins. Other times, I’ll take a quick walk on the beach. You can find peace in a few minutes.

I don’t have to try to be perfect at everything.

I don’t waste as much time at work because I’d rather spend it with my kids.

You don’t even want to look in the mirror after you’ve had a baby, because your stomach is just hanging there like a Shar-Pei.