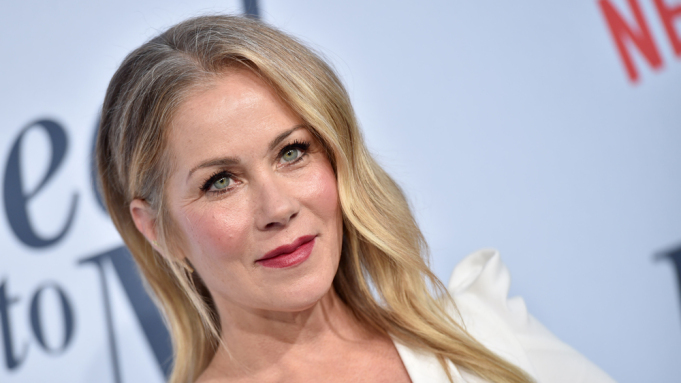 Short Bio
Christina was born 25th November 1971 in Los Angeles, California, as a daughter of record producer and singer-actress. She is best known as a child actor in the role of Kelly Bundy on the sitcom Married… with Children in the years 1987 – 1997. You could see her also in movies The Sweetest Thing, Grand Theft Parsons, The Big Hit, Anchorman, and in sitcoms Jesse and Samatha Who?. She won Emmy Award. Christina is married for the second time and has one daughter. She is a vegetarian and supports PETA organization.

My dream is to have a house on the beach, even just a little shack somewhere so I can wake up, have coffee, look at dolphins, be quiet and breathe the air.

They make really great synthetic fur – you really don’t need real fur. And it’s cheaper, so why spend the money?

If something doesn’t sit right with you, you got to say no.

I’ve been working since I was 13 completely straight without a break.

I’m a grown-up now, and I value the training I had.