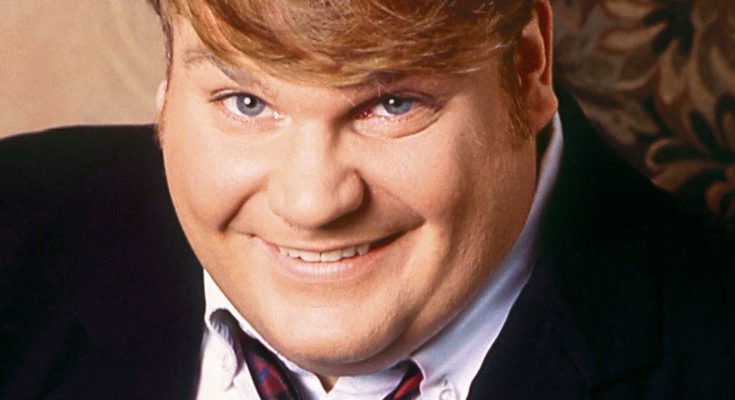 Chris Farley’s measurements are seen below, including shoe size, height and weight!

Saturday Night Live star who played leading roles in such comedy films as Tommy Boy, Beverly Hills Ninja, and Black Sheep. He also played supporting roles in the films Wayne’s World, Billy Madison, and Dirty Work. He died of a drug overdose at the age of 33.

He was discovered by an SNL producer while a member of the Second City Theatre in Chicago.

One of his best-known SNL characters was Matt Foley, an exuberant motivational speaker known for repeatedly saying that he “lived in a van down by the river.”

His brothers are actors John P. Farley and Kevin Farley.

He starred alongside his good friend David Spade on SNL and in multiple films.

Everybody laughs when fatty falls down.

The point is, how do you know the Guarantee Fairy isn’t a crazy glue sniffer.

There’s no control in life, is there? There’s only one who’s in control, and He’ll take me when He wants me. I don’t want to know about it. It’s none of my business. But when it happens, I just ask that it won’t be painful and that He forgives me my sins.

I want to live fast and die young.

I have a tendency toward the pleasures of the flesh. It’s a battle for me, as far as weight and things like that. But I’m curbing them because I want to continue to do comedy, and the two don’t mix. So I try to fight those demons.