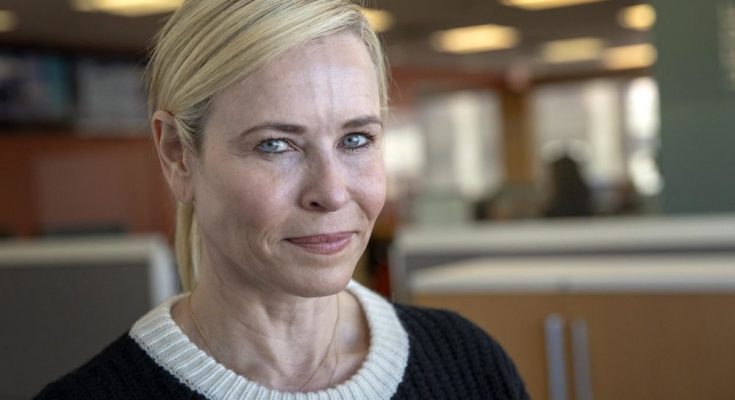 Short Bio
Chelsea Handler was born February 25, 1975 in Livingston, New Yersey. She has Jewish and German ancestry. She is famous as a host of her own TV show Chelsea Lately. Handler was also starring in several movies, such as Steam, This Means War, and Fun Size. She also portrayed Dr. Price on Whitney TV series.

People ask me why I’m so hard on men. It’s because they’ve gotten a really easy ride. And it’s not that I think women should take over the world. But I do think it should be 50/50.

I was tortured, and probably half of it was deserved, but I was bullied – so much so that there were days when I was like, ‘I can’t go to school today.’ I was too scared.

I love Sandra Bullock. I think everybody loves her.

It’s a pleasure to play my sister because everything I’ve accused her of my whole life, I can now re-enact before her eyes.