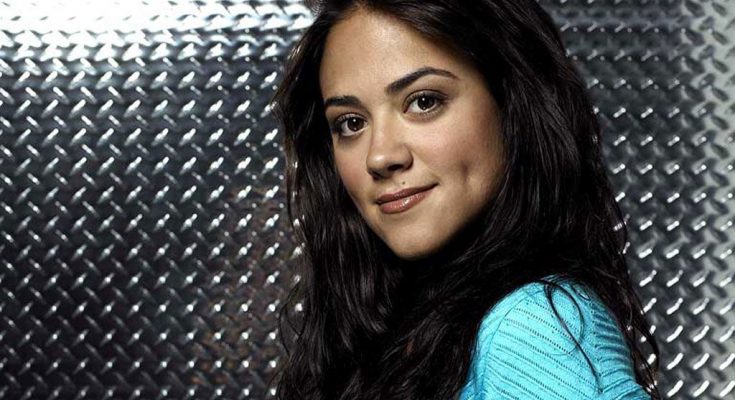 Camille Guaty has a medium shoe size. Below is all you want to know about Camille Guaty’s body measurements, and more!

Camille Guaty is an American actress of film and television. She is best known for roles such as Olivia in Raising Dad, Daisy Salinas in Gotta Kick It Up!, Maricruz Delgado in Prison Break, Megan O’Brien in Scorpion, Piper Nielsen in Las Vegas, and Franny Rios in The Nine. Her other notable works include The Vampire Diaries, Cupid, Family Guy, Crush, and A Futile and Stupid Gesture. Aside from her career as an actress, she is also a singer, and auditioned for Popstars, a reality TV show in 2000. Born Camille Marie Guaty in Santa Clara County, California, on June 28, 1978, to a family of Cuban and Puerto Rican descent, she grew up in Northern California and New Jersey. She earned her degree from Boston University and continued her education at the Royal Academy of Dramatic Arts (R.A.D.A) in London. She moved to Los Angeles in 2001 to pursue her acting career. She has been married to Sy Rhys Kaye since 2011.

I inherited them, so I got it like that. But I hear you can actually get dimples for a certain price if you really want them. I was getting my nails done once, and this lady asked me, ‘Are those real? In my country, they pay a lot of money for those.’ And I was like, ‘Really?’ I think she was from Malaysia.

I went to a Catholic school, so of course we had to wear uniforms. My only form of expression was in shoes and the style of my hair.

My family moved from California to New Jersey in the beginning of my sophomore year of high school. I will never forget the first day in a new school, walking into the cafeteria during lunch and not knowing a single soul. I didn’t feel confident enough to share a seat at just anyone’s table.

When I first moved to Los Angeles, I had a really bad run. I would sleep in my car during the day outside the Disney building in Burbank, and that’s where I got my first job, which is really weird. I liked to stay around the studios and kind of get the good vibes going.

I remember how much fun it was to pick out my lunchbox. My all-time favorite lunch box was from the movie ‘Annie.’ Also, I loved picking out school supplies! Trapper Keepers were my favorite.