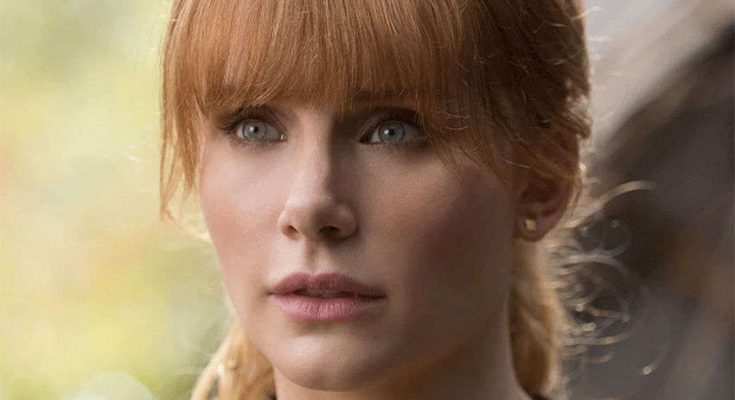 Short BioBryce was born born March 2, 1981 in Los Angeles, California. In 2006, Howard married her long-term boyfriend Seth Gabel and they started a family. She gave birth to their son in 2007 and a daughter in 2012. She lost her pregnancy weight both times pretty soon after the birth. She will play Claire in 2015 movie Jurassic World. Her former notable roles are Victoria on The Twilight Saga: Eclipse, Gwen on Spider-Man 3, and Rachael on 50/50.

“I’ve always had the perspective that roles come into my life when I need them most and sort of teach me lessons. The same can be true of films, films are released into society to aid in a lesson, inspire people, comfort people.” (Bryce Dallas Howard)

“It was such a paradox for me that the only thing I know how to do is act, but that the first thing I abandoned while writing were the characters.” (Bryce Dallas Howard)

“I was raised in Connecticut. And I honestly wasn’t aware that my dad was a celebrity until I moved to Los Angeles a year ago.” (Bryce Dallas Howard)

“Right now as an artist, what I want to do is be a part of works that are unignorable. I couldn’t be less interested in how people receive it, honestly. As long as it’s unignorable.” (Bryce Dallas Howard)

“I didn’t always want to act. My passion was writing, and it still is one of my primary passions to this day, but it wasn’t until high school when I started acting in plays that it became a thought of something I might want to do. And when I applied to colleges, at NYU, I was able to study both writing and acting.” (Bryce Dallas Howard)