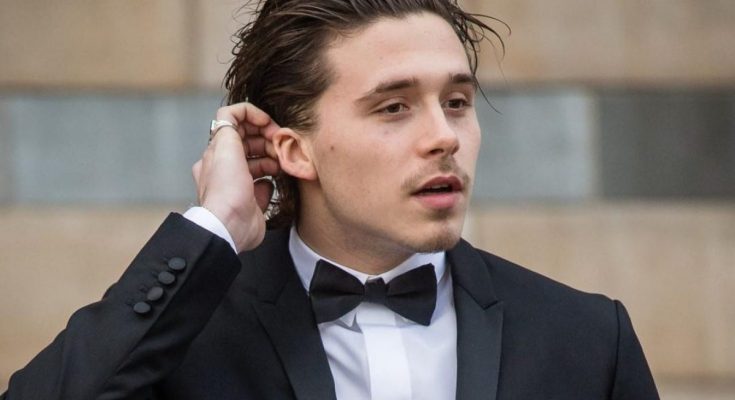 Check out Brooklyn Beckham’s shoe size and his other body measurements!

Brooklyn Beckham is the eldest son of singer turned fashion designer Victoria Beckham and the renowned English footballer, David Beckham. With both his parents being a global star of their respective professions, Brooklyn has remained in the public eye since his childhood. Initially following the footsteps of his father, he desired to become a professional footballer but after a few years of playing, Brooklyn realized that it wasn’t something that he really wanted to do. After quitting football, he entered into the field of modeling and has gone on to achieve great success in it. Along with that, he also holds a huge fan following on social media and is recognized as a major social media influencer. In addition to all this, Beckham has shown a keen interest in photography and has successfully launched a career in that field as well. Now moving towards his romantic life, Brooklyn Beckham’s name has been linked with many celebrities over the years including actresses Chloe Grace Moretz and Sonia Ben Ammar as well as models Sofia Richie, Lexi Wood and Hana Cross.

I’m kind of selective of the people that I take photos of. Like, I don’t take pictures of just my friends, but I do like taking pictures of just some of my close mates, especially out in L.A.

I want to really study and learn about fashion, and kind of discipline for a few years, really start to study, and then probably start my photography career. I feel like that’d be really good for me – to disappear for a few years.

When I go out, I kind of put a hat on and glasses, so I’m kind of just like a photographer going around taking pictures, and people hopefully don’t recognize me. But sometimes they do, and then I’ll do a photo for them, too.

I love taking photos of all of my family, but Harper is really cute to photograph, and my brother Romeo because of his shaved head. Cruz is just cheeky, so it’s always fun to get a picture of him, too.

I don’t really plan anything in my life, to be honest. I just kind of go with it: whatever comes comes.