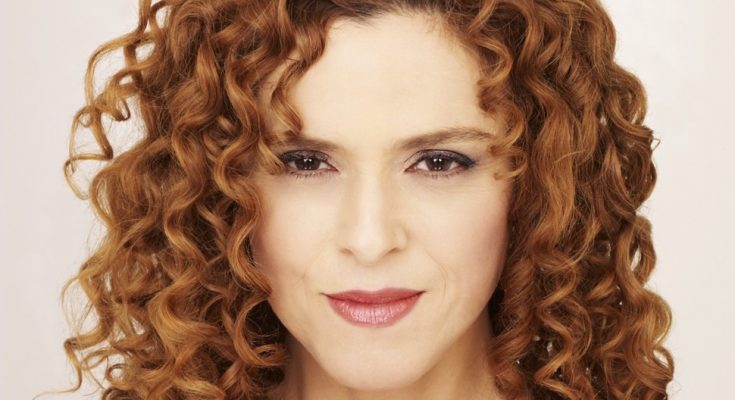 Short BioBernadette was born February 28, 1948 in Queens, New York. She has Sicilian ancestry. Peters played in countless movies, theatre musicals, and TV shows. She’ currently 66 years old but you would hardly guess that from her body measurement that she maintains in superb shape. Bernadette was married to investment adviser Michael Wittenberg from 1996 until his death in 2005. In 1981, Peters appeared not only on the cover of Playboy magazine but also in the spread. This picture presented her wearing a set of sensual lingerie designed by Bob Mackie. It consisted from lace ivory bra, panties, garters, and nude stockings.

“Animals speak with pure affection. It’s important to me to get something going in NY so we can get to be a no-kill city, and give the animals homes and more attention and love.” (Bernadette Peters)

“George M. is where I met my dear friend Joel Grey. We connected at rehearsal one day during a five-minute break. We were both looking out the same window and we knew in five minutes that we’d made a connection.” (Bernadette Peters)

“Getting plenty of sleep is always great. It really is. I have a girlfriend who’s sending me a slant board.” (Bernadette Peters)

“I don’t smoke, I don’t drink much, I don’t eat red meat. I stay out of the sun.” (Bernadette Peters)

“I feel strongly for gay marriage to be accepted.” (Bernadette Peters)