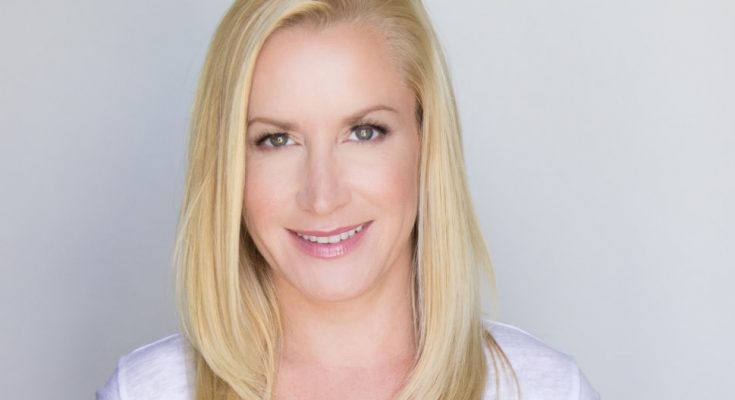 Angela Kinsey has a small shoe size. Below is all you want to know about Angela Kinsey’s body measurements, and more!

Short Bio
Angela was born June 25, 1971 in Lafayette, Louisiana. She was married to Warren Lieberstein for ten years. They have one daughter. Kinsey played in several movies, including Tripping Forward, Furry Vengeance, and Struck by Lightning. But she’s more famous as Angela Martin from TV show The Office. She also played in four episodes of New Girl as Rose. She’s currently starring on The Hotwives of Orlando.

I bring my bike to work, and I make laps around our parking lot on my lunch break.

I think we’ve all worked with that person at the office who takes themselves and their job so seriously.

I keep lip gloss everywhere. It always makes me feel like I am slightly put together.

I have a special place in my heart for working moms – it’s a constant pull on your heartstrings.

I keep my sisters on speed dial.