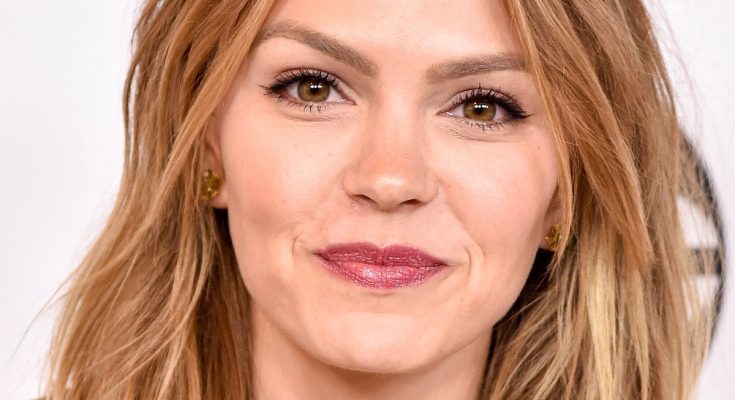 Aimee Teegarden is an American actress and model. She is best known for playing the role of Julie Taylor in the NBC drama Friday Night Lights from 2006 to 2011. She played Skye in the 2017 American supernatural psychological horror film, Rings. She is also known for television roles as Rhonda Kimble on 90210, Emery Whitehill on Star-Crossed, Nikki on The Ranch and Ella Benjamin on Notorious. Aside from acting, she has also modeled, including ad campaigns for Old Navy, YMI Jeans, Tommy Hilfiger and Hollister. Born Aimee Richelle Teegarden on October 10, 1989 in Downey, California, USA, she belongs to English, German, Scottish, and Welsh descent. She has a younger sister. She began her modeling career at the age of ten, appearing in national ad campaigns. She graduated from high school through independent study at the age of 16.

Don’t worry about everything and really enjoy the moment.

I don’t have a TV at my house. I literally do not. I have a television, but I don’t have anything plugged into it, though. I watch DVDs.

Whatever you do, be happy with you. Don’t conform. You are who you are, and you shouldn’t change that for anybody.

I don’t know if I’ve ever been in a clique. The older I’ve gotten, the more I’ve realized what a true friend really is. So my friendship circle has changed a bit.

The teenage years are ridiculously crucial and hard and, um, awkward.