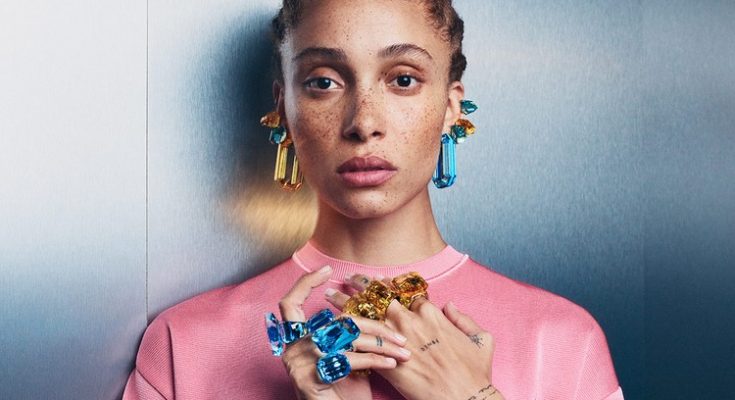 Adwoa Aboah has big feet. Below is all you want to know about Adwoa Aboah’s body measurements and more!

Adwoa Aboah began emerging in the modeling world in the early-2010s and now has managed to become a prominent figure in the fashion industry. Growing up, she watched both her parents working in the scouting and photography fields, and it led her to develop a keen interest in the fashion industry. Now within the short span of her professional career, Aboah has already modeled for topline fashion designers like Alexander Wang, H&M, Fendi, and Calvin Klein, etc. Alongside that, she has also appeared on the covers of renowned magazines like Vogue, and i-D. As of now, she has successfully cemented a strong place for herself in the fashion world and continues to solidify it furthermore as her career progresses. Outside of modeling, Adwoa has done a few acting gigs as well and has also appeared in a couple of music videos. In addition to all this, Adwoa Aboah is a devoted advocate for mental-health problems too, as she had suffered from depression and drug addiction for a brief time period and now aims to help others in overcoming them.

I’ve been lucky enough to have been given a platform through modeling, so now I can use it as an activist.

One day at a time. I live by that.

I don’t feel guilty about any of my pleasures.

My dream actress to work with would be Amy Adams.

How can our industry better represent the reality of our larger community and provide our next generation a proper example of what they see around them every single day? This representation should also look beyond race and include those of all body types, religion, sexuality, and gender identification.